Located next to the Dubuque County Courthouse at 36 8th Street, the Old Jail was built in 1857-58 at a cost of $40,000.  It was designed and supervised by the renowned architect, John Francis Rague (1799-1877).  Its design is the finest example of Egyptian architecture to survive the classical  revival in the United States.

It is built of gray limestone (making the walls 18 inches thick).  Cast iron doors and window frames featured sun disk symbols.  Decorative columns, made of cast iron, flanked the entrance.  When finished in 1858, the jail had 32 cells and a Sheriff’s residence.

Three tiers of cells were located along the eastern wall with a catwalk used to reach the upper cells.  A cell block in the curved-ceiling dungeon was used to hold Confederate prisoners during the Civil War and later found use with incorrigible prisoners who caused trouble in the upper cells.

The Dubuque County Jail housed inmates until 1971.  The jail has been maintained and is now used as a very unique conference room. 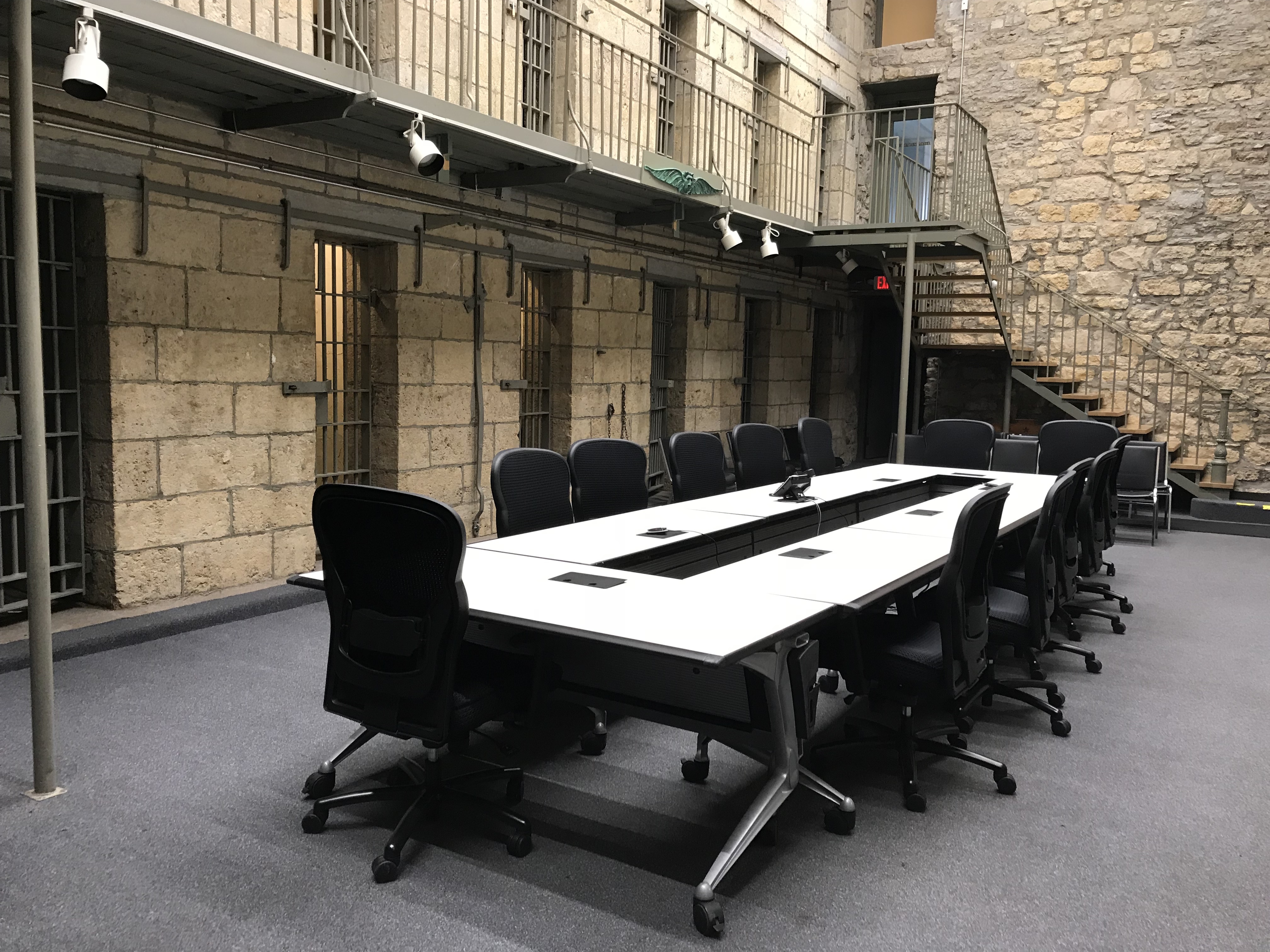